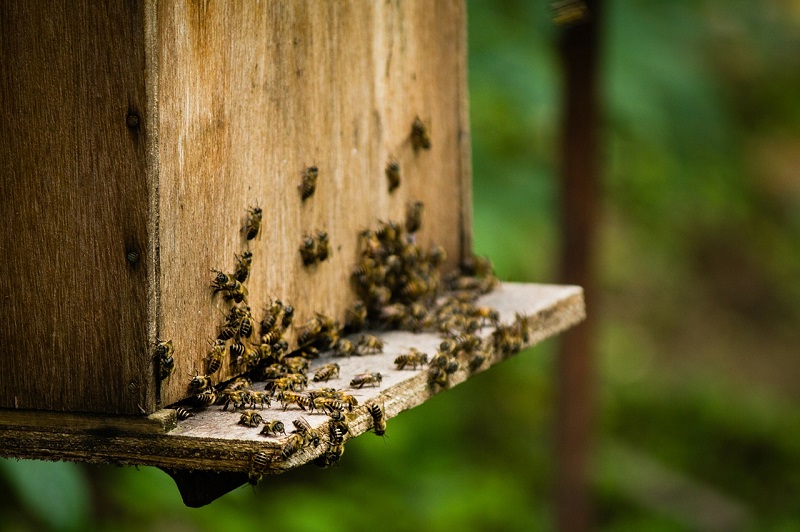 An apiary, apiaries in plural form, refers to the location in which beehives are retained. Historically, apiaries were first discovered during the period 2422 BCE in ancient Egypt where they were initially made up of molded mud. Also, the first known usage of the word apiary to mean the location of beehives was in the year 1654.

Apart from situating beehives, apiaries also have other objectives or roles such as honey production; this is to include queen mating and rearing. Many apiarists, an individual concerned with keeping honey bees, have always advised farmers getting into beekeeping to situate apiaries on high ground.

This move has been advocated for the purpose of avoiding collecting moisture. However, the apiary should be close to a reliable water source whereby bees can easily access. There should be the consideration of nectar supplies for bees. Thus, apiarists advice for apiaries to be located near public gardens, orchards, and farms where frequent pollination occurs. Biologists further support this move citing that locating apiaries near these locations help in economizing on pollination and consequent supply of nectar from plants.

Apiaries should further be located in temperate conditions. Extreme conditions such as hot climates require for enough shade for the apiary, which may either be provided artificially or by erecting the apiary where trees are present. The air should equally be neat and conducive for bee keeping due to the sensitivity of bees. In the same regard, they should be located away from populations or from people who are phobic of bees, hence ensuring the protection of the apiary from vandalism.

When constructing an apiary, it is idealistic for one take into consideration the size that is appropriate for ones needs. In this regard, one should first consolidate the number of bee families to rear, and their consequent weight. However, this should not be a limiting factor citing that if one has more than enough space, then one can fit in a huge number of hives which consequently increases the yield of honey.

Apiarists have also suggested that a larger apiary has the impact of improving the honey improved in terms of quality. Nevertheless, this is dependent on the pollen and nectar sources within which the apiary is located. Correspondingly, the size of an apiary is dependent on its purpose. As a result a commercial apiary would be expected to be far much larger in size, in comparison to a small-scale honey producer.

Bee farmers are however advised that apiaries may decline in due time. One of the main factors is scarcity of resources such as pollen, nectar, and water. This is mainly in urban areas as brought about by a limited supply of the above essential resources. Additionally, various infestations and diseases may lead to the decline of apiaries. One of the most rampant infestations is the colony collapse disorder acclimatized by mites which are resistant to pesticides, hence bearing a shortcoming to populations of bees in apiaries. Due to this factor, many apiarists choose to keeping a limited number of apiaries, or thrusting suitable measures of overcoming infestations and diseases.

A furnace can be the very center of your home